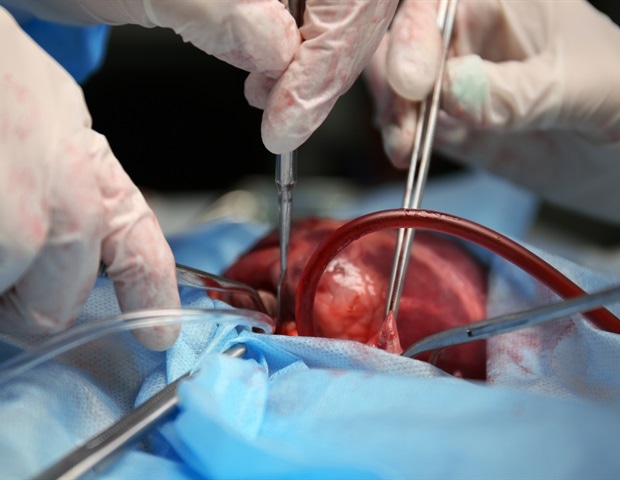 For more than four decades, doctors have been split on whether giving steroids during a pediatric open-heart surgery could be helpful for post-operative recovery. A new study is providing a bit more clarity, suggesting there are some benefits for certain kinds of patients.

Led by Duke Health researchers, the study was the largest trial designed to resolve the long-standing issue. More than 1,200 infants with heart disease were enrolled at 24 U.S. centers, with roughly half randomly assigned to receive steroids prior to heart surgeries, and the other half randomized to receive a placebo.

The main focus was whether prophylactic steroid use reduced any of more than a dozen complications, including death and heart transplant, compared to a placebo.

In the primary analysis, the researchers found no differences in the two groups, but steroid use was associated with elevated blood-sugar levels that required insulin therapy in some cases. Results showed 19% of participants using steroids required insulin therapy, compared to 8% in the placebo group. However, like many trials, the results were more nuanced and secondary analyses showed that some children might benefit.

The findings appear Nov. 6 in the New England Journal of Medicine and are being presented at the American Heart Association’s 2022 Scientific Sessions.

Lead author of the study, Kevin Hill, M.D., a member of the Duke Clinical Research Institute and chief of the Division of Pediatric Cardiology at Duke University School of Medicine, described the nuances of the study. Secondary results suggested that patients with less complex cases might be the ones who do better with steroids.

Steroids reduce inflammation, and their benefit may be highest in children undergoing less complex procedures where inflammation is manageable. But when you have the most complicated patients with severe inflammation affecting multiple organ systems, using steroids is like throwing a glass of water on a forest fire, and they seem to have less impact.”

Kevin Hill, M.D., member of the Duke Clinical Research Institute and chief of the Division of Pediatric Cardiology at Duke University School of Medicine

Jennifer S. Li, M.D., is the senior author of the paper and a professor in the departments of Pediatrics and Medicine at Duke. She says there’s a need for further study.

“We need to hone in on the patients who can actually benefit most from steroid use and develop a targeted approach to using this medicine, so that we maximize its benefit and minimize adverse effects,” Li said.

Duke Clinical Research Institute performed the trial administration, data management and statistical analyses. The study was performed as a “trial within a registry” leveraging the infrastructure of the Society of Thoracic Surgeons Congenital Heart Surgery Database to conduct a low cost, pragmatic trial.

The study was funded by the National Institutes of Health’s National Centers for Advancing Translational Sciences (U01TR-001803-01, U24TR-001608-03) and from the Eunice Kennedy Schriver National Institutes for Child Health and Human Development (U18FD-006298-02).