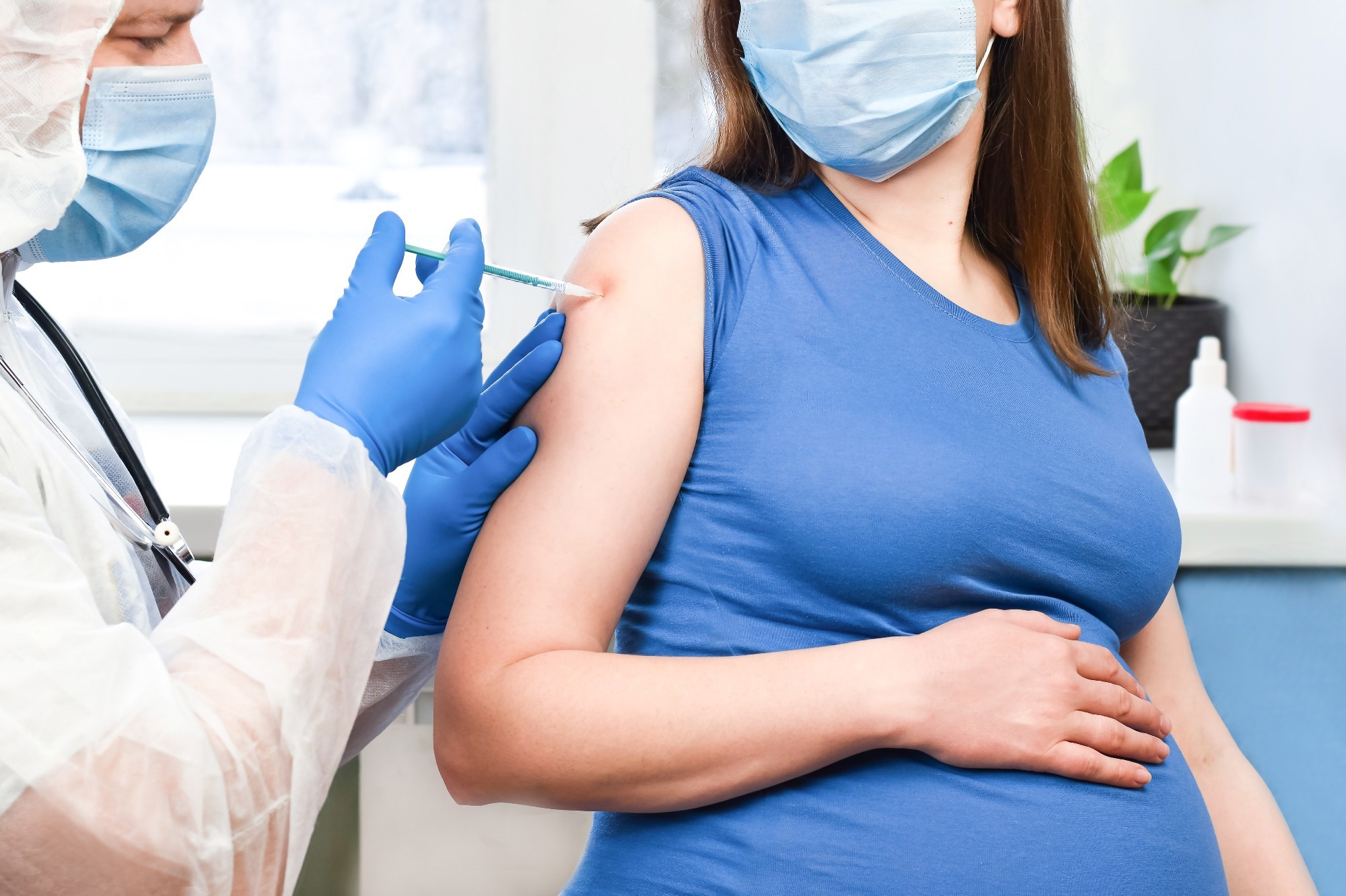 In a recent study under review at the Nature Portfolio journal and currently posted to Research Square* preprint server, researchers evaluated the efficacy of maternal coronavirus disease 2019 (COVID-19) vaccination against infection of infants with severe acute respiratory syndrome coronavirus 2 (SARS-CoV-2).

The United States (US) has recorded more than 15 million pediatric COVID-19 cases until September 2022, and pediatric patients account for about 18% of US COVID-19 cases. Notably, during the Omicron wave, children younger than six months accounted for 44% of the overall COVID-19-associated hospitalizations among those under four.

SARS-CoV-2 vaccines have been effective, particularly against the Delta variant. However, they were less effective against SARS-CoV-2 Omicron. Since infants younger than six months are ineligible for COVID-19 vaccination, they are reliant on the immunity acquired placentally from their mothers.

Nevertheless, vaccination during pregnancy is thought to protect infants against SARS-CoV-2. In addition, recent studies reported that maternal vaccination was linked to a lower risk of infection and hospitalization in infants in their first four and five months.

In the present study, researchers assessed the effectiveness of COVID-19 mRNA vaccination during pregnancy against infection of infants with SARS-CoV-2. The study was conducted on infants born from December 15, 2020, to May 31, 2022, at Kaiser Permanente Northern California (KPNC), an integrated healthcare delivery organization providing comprehensive access to healthcare to members.

Infants were excluded if they did not become KPNC members within two months of birth or were born to mothers who 1) did not have primary KPNC facility assignment, 2) were not 16-50 years old, 3) tested SARS-CoV-2-positive before pregnancy, 4) had anti-SARS-CoV-2 antibodies before pregnancy, 5) were vaccinated before pregnancy, 6) received vaccines other than mRNA vaccines, and 7) were not continuous members of KPNC.

The authors used Cox proportional hazards to compute the hazard ratio of SARS-CoV-2 infection between infants born to vaccinated and non-vaccinated mothers. Infants were followed up from birth to their first positive test. Additionally, secondary analyses, implemented as a test-negative design, were conducted by restricting the population to infants tested for SARS-CoV-2 at least once.

In the first six months of life, 3.1% of infants tested SARS-CoV-2-positive, and 10 had to hospitalize. The crude incidence of SARS-CoV-2 test positivity was lower among infants born to double-vaccinated mothers than those with non-vaccinated mothers during the Delta wave. After adjusting for covariates, maternal vaccination during pregnancy was significantly associated with a lower risk of infants testing positive by 85% and 57% during the first two and six months (of life), respectively.

During the Omicron wave, maternal vaccination decreased the risk of infants testing positive by 22% and 12% in the first two and six months, respectively. The overall crude hospitalization rate of infants in their first six months was low for those born to double-vaccinated mothers.

Only one infant of a vaccinated mother was hospitalized, while the remaining (hospitalized) infants had non-vaccinated mothers. Secondary analysis indicated that maternal vaccination reduced infant test positivity by 63% and 40% in the first six months of life, during Delta and Omicron waves, respectively.

In summary, the researchers observed that two mRNA vaccine doses administered during pregnancy were associated with a reduced risk of infants testing positive for SARS-CoV-2 in their first six months. Protection declined with the age of infants. Maternal vaccination was less effective during the Omicron period. Although vaccination efficacy against infant hospitalization was not assessed due to the small sample, mothers of nine hospitalized infants were not vaccinated, suggesting that maternal vaccination may protect infants from hospitalization.

Research Square publishes preliminary scientific reports that are not peer-reviewed and, therefore, should not be regarded as conclusive, guide clinical practice/health-related behavior, or treated as established information.