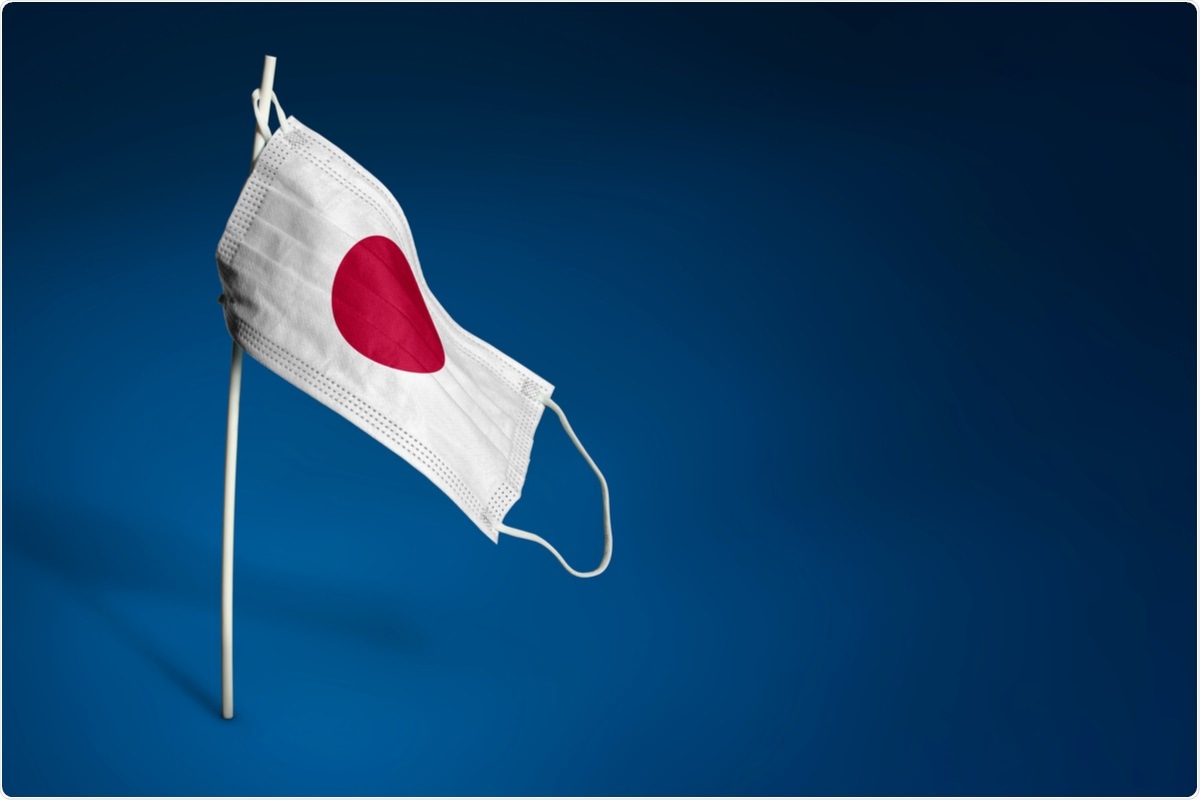 Okinawa Prefecture, Japan has experienced a total of six coronavirus disease 2019 (COVID-19) waves as of January 10, 2022. COVID-19 has been caused by the rapid spread of the severe acute respiratory syndrome coronavirus-2 (SAR-CoV-2).

Okinawa Prefecture contains a large number of remote islands centered around the Okinawa main island in a vast ocean area. In a recent study published on the preprint server medRxiv*, scientists reveal that the pattern of the pandemic may significantly differ between the main island and remote islands.

Generally, medical resources in the remote islands are scarce, and, many times, patients are transferred from the island’s limited facility clinics to larger well-resourced islands by air or sea according to the patient’s condition. As a result of these limited resources, a substantial number of patients who suffer mild to moderate SARS-CoV-2 infection go unreported.

According to a report, 20% of elderly persons can contract COVID-19 asymptomatically. Researchers further estimated that 6.4% of individuals who are above 70 years of age experience severe COVID-19.

Owing to a large number of unreported cases and the poor prognosis of a subset of patients, it is imperative to perform frequent serological surveys to have a better understanding of the disease dynamics caused by SARS-CoV-2.

Scientists have revealed that estimating the proportion of previously infected people is a useful indicator to determine the unreported cases that created biases in previous surveillance systems, the real incidence rate of severe disease, mortality, and extent of herd immunity. Although several seroepidemiological surveys had been conducted in Japan, they were limited to urban areas such as Tokyo, Miyagi, and Osaka, or a single hospital or private company. 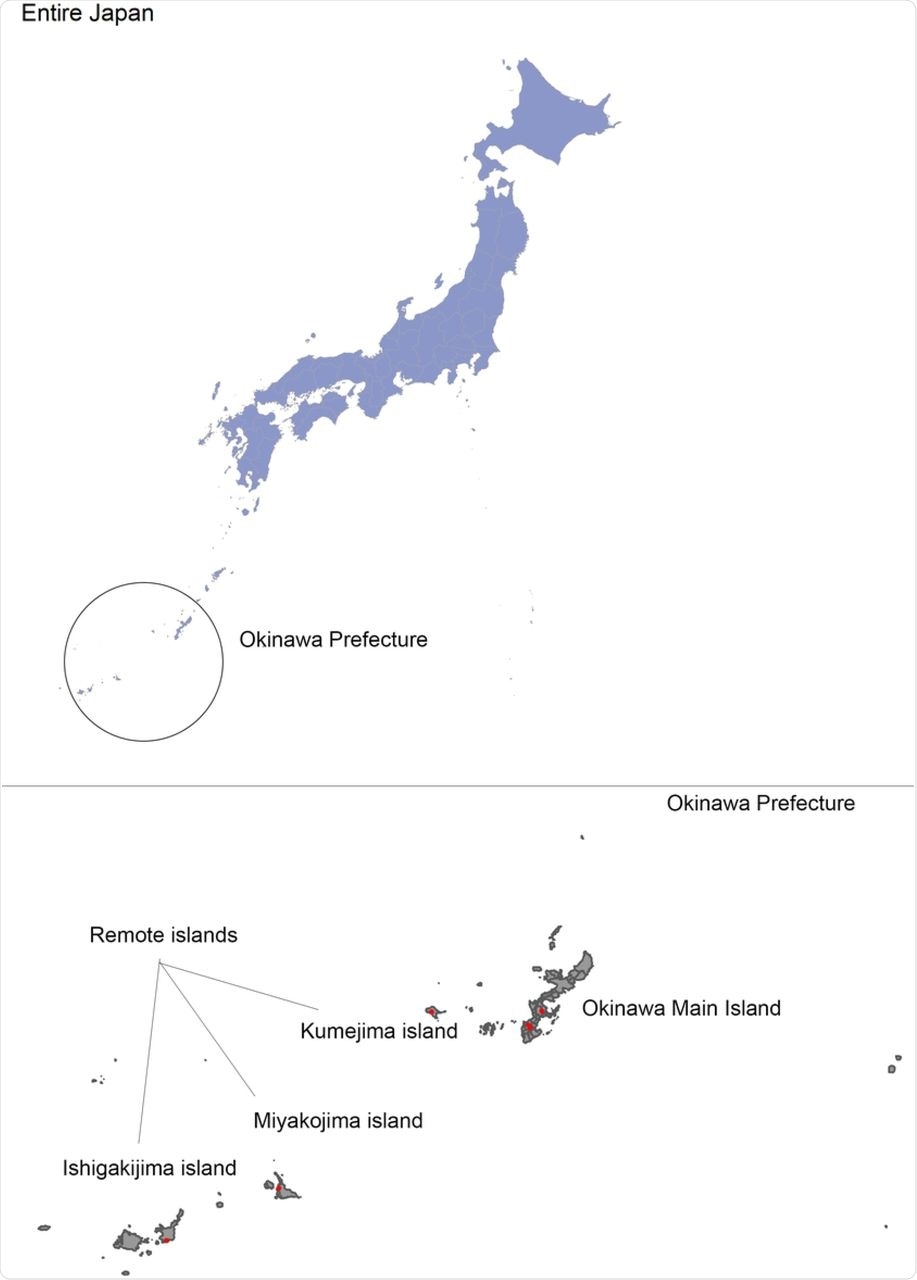 Location of Okinawa Prefecture and six healthcare facilities participated in the study.

In addressing this limitation, the scientists of the current study conducted a seroepidemiological survey focusing on the rural population in Japan. Moreover, the scientists perform serological analysis against SARS-COV-2 infection in different island groups in Okinawa, which allowed them to subsequently determine the surge in COVID-19 cases over time through statistical methods.

The authors performed seroepidemiological surveys at three different periods between 2020 and 2021, which allowed them to estimate the proportion of previously infected people in Okinawa’s main island and remote islands. Interestingly, scientists observed that the majority of the population in the Okinawa main island were not infected by COVID-19 as of February 2021, thereby indicating that large-scale transmission did not occur.

In addition, seroprevalence among the elderly over the age of 60 was found to be relatively low. Similar to many countries, the Japanese government also prioritized COVID-19 vaccination for health care workers, followed by the elderly.

During the study period, a majority of the local population, except healthcare workers, had not been vaccinated. Researchers observed that most of the survey participants were at a high risk of contracting SARS-CoV-2 infection; thus, they strongly supported the government policy of vaccinating the elderly group with priority.

However, the seroprevalence in Okinawa could be higher compared to Miyagi Prefecture during the first survey due to the SARS-CoV-2 transmission rate being 2.5 times higher in Okinawa Prefecture than in Miyagi Prefecture. Additionally, the participants associated with Okinawa’s serosurvey were mainly from the emergency outpatient department, while random sampling was conducted for Miyagi’s serosurvey.

Similar to previous studies conducted in other parts of Japan, the current study revealed prefectural-level case detection ratios ranging from 2.2 to 2.8. Comparatively, the current surveillance system effectively estimated the real number of SARS-CoV-2 incident cases in a much more efficient manner.

During the second survey, the spread of the epidemic remained limited; however, seroprevalence was higher in the older group as compared to the younger age group. The reports of the third survey indicated that SARS-CoV-2 had spread more widely and that the detection ratios of people between 20 and 29 years of age were much higher than those belonging to other age groups.

The characteristics of the distribution of the attack rate in the remote islands were similar to those of the main island, especially during the third survey, when the epidemic was spreading widely.

The current study had some limitations which included a small sample size, owing to which, the uncertainty bounds were quite wide. Further, the estimation of a small number of younger people with COVID-19 could be due to bias, as tests were typically not conducted in younger people due to insufficient testing systems. The study cohort contained emergency outpatients, which might not be the true representation of the local population in terms of their risk of exposure to COVID-19.