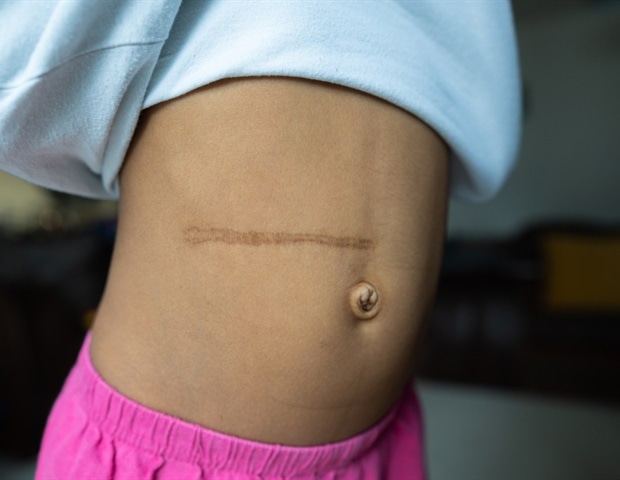 Researchers from Children’s Hospital of Philadelphia (CHOP) have published the most comprehensive description to date of the rare genetic disorder known as WAGR syndrome. This new report identified several clinical issues not classically associated with the disease and provides guidance for proper diagnosis, management, and potential treatment options. The findings were recently published in the journal Frontiers in Pediatrics.

WAGR syndrome is typically characterized by four clinical issues: Wilms tumor, Aniridia (complete or partial absence of the iris), Genitourinary anomalies, and Range of developmental delays. Approximately half of all patients with WAGR syndrome develops Wilms tumor. Behavioral issues associated with this condition include attention deficit hyperactivity disorder (ADHD), autism spectrum disorder, anxiety, depression, and obsessive-compulsive disorder (OCD), though some can have normal intellectual function and no behavior problems.

However, WAGR syndrome is a very rare disease, with cases occurring in about one in every 500,000 to 1 million births. With such a rare disease, developing a comprehensive clinical description of the disorder has been particularly challenging.

The International WAGR Syndrome Association (IWSA) established the WAGR Syndrome Patient Registry in order to collect clinical data on as many patients as possible. Researchers at CHOP analyzed this data to learn more about the rare disorder.

“We had previously developed models for analyzing sets of clinical data for other diseases, so we had the resources to apply those same methods to the WAGR syndrome data,” said Jennifer M. Kalish, MD, PhD, a pediatric geneticist at CHOP with a special interest in rare diseases and cancer predisposition.

The current study is the first comprehensive look at WAGR syndrome since 2005. The study utilized clinical data from 91 patients enrolled in the registry.

While the study confirmed many of the symptoms typically associated with WAGR syndrome, the researchers identified several more clinical issues that went beyond the classical description of the disease. For example, more than 50% of patients in the study reported kidney issues ranging from recurrent urinary tract infections to chronic kidney disease. Patients also experienced a variety of cardiometabolic health issues, including congenital heart defects, obesity, short stature, hypertension and heart murmur.

However, these new data also revealed how much of a spectrum disorder WAGR syndrome is. For instance, while eye issues of some kind affected every patient studied, the types of eye issues varied wildly between patients. These variations in such a rare disease mean every patient must receive individualized care. Additionally, many patients may require long-term screening into adolescence and adulthood, as certain tumors can show up later in life than in other similar disorders like Beckwith-Wiedemann Syndrome.

By providing this more comprehensive picture of WAGR syndrome, we’re hopeful that these patients can receive the correct diagnosis as early as possible and establish a medical home so that parents and physicians can advocate for them. Each child must have their own individualized care plan, and we hope that these recent findings help physicians develop those plans.”

Latino teens are deputized as health educators to sway the unvaccinated
Is there an association between parental education level and the risk of malnutrition among children?
Research evaluates neonatal outcomes of pregnancies complicated by maternal obesity
Exploring the clinical impact of co-detections of other respiratory viruses in US children hospitalized for COVID-19
OMA applauds American Academy of Pediatrics’ new guidelines for childhood obesity