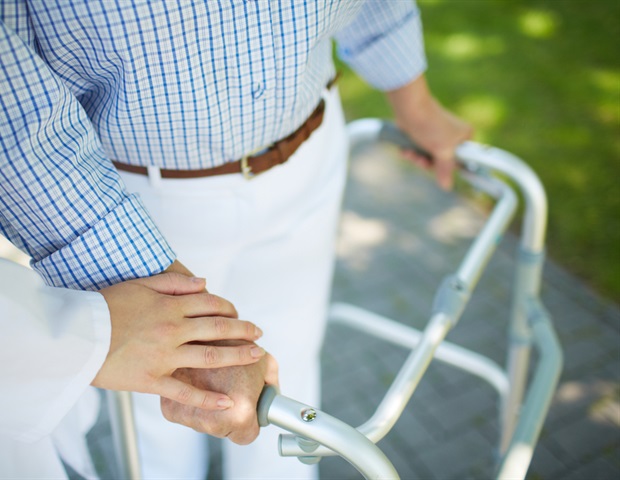 Treating bacterial infections associated with orthopedic implants has often been a case of too little, too late. The traditional therapy has been a combination of prolonged antibiotics, including rifampin, a 50-year-old drug that has been a staple in the global fight against tuberculosis and other bacterial diseases. However, the inability to determine how much rifampin reaches the target site can be disastrous. If not enough rifampin gets to the bacteria infesting implant-assisted bone, it not only limits the drug’s effectiveness, it can lead to development of an antibiotic-resistant strain. Once that happens, even massive doses of medication won’t help.

In a recent study published Dec. 1, 2021, in the journal Science Translational Medicine, Johns Hopkins Medicine investigators, in collaboration with researchers at three other institutions, circumvented the drug monitoring problem by using positron emission tomography -; commonly known as a PET scan -; to “see” rifampin’s movement in a living body.

We imaged patients with or without orthopedic implant-associated Staphylococcus aureus infections to show that we could visualize how much rifampin actually penetrates the bone. Then, we used the same procedure on mice bred to mimic Staphylococcus bone infections in humans to define how much rifampin would be needed over time to effectively and safely treat the condition.”

The patient imaging studies demonstrated that the concentration of rifampin penetrating into bone is only about 14% -; or about one-third -; as much as previously believed.

“Taking the results back to the animal model, we determined that giving the mice about three times the currently used rifampin dose substantially increased bone concentration and achieved higher bacterial killing,” says study senior author Sanjay Jain, M.D., professor of pediatrics, and of radiology and radiological sciences at the Johns Hopkins University School of Medicine; and professor of international health at the Johns Hopkins Bloomberg School of Public Health. “We also learned that treating the infections with four weeks of combination antibiotic therapy -; including the higher dose of rifampin -; was as efficient as the standard six-week treatment using the traditionally prescribed dose.”

“The good news is that the higher doses of rifampin that worked well in the animal model are known to be safe for humans,” says Jain. “However, additional studies are needed to confirm the absolute safety and efficacy of this strategy for the treatment of orthopedic implant-associated infections, including Staphylococcus aureus and its dangerous variant, methicillin-resistant Staphylococcus aureus [better known by its acronym, MRSA].”

Along with Gordon and Jain, the members of the research team from Johns Hopkins Medicine and the Johns Hopkins Bloomberg School of Public Health are Nathan Archer, Robert Dannals, Kimberly Davis, Dustin Dikeman, Bessie Liu, Martin Lodge, Lloyd Miller, Alvaro Ordonez, Steven Rowe, Camilo Ruiz-Bedoya, Babar Shafiq, Paul Sponseller and John Thompson. The researchers participating from other institutions are Jogarao Gobburu, Brooke Langevin and Donald Lee at the University of Maryland School of Pharmacy, Timothy Read at Emory University and Charles Peloquin at the University of Florida College of Pharmacy.

Exploring the clinical impact of co-detections of other respiratory viruses in US children hospitalized for COVID-19
Is there an association between parental education level and the risk of malnutrition among children?
Latino teens are deputized as health educators to sway the unvaccinated
OMA applauds American Academy of Pediatrics’ new guidelines for childhood obesity
EPA announces $30,000 grant to TTUHSC El Paso for the Farmworkers Pesticide Use Protection Project