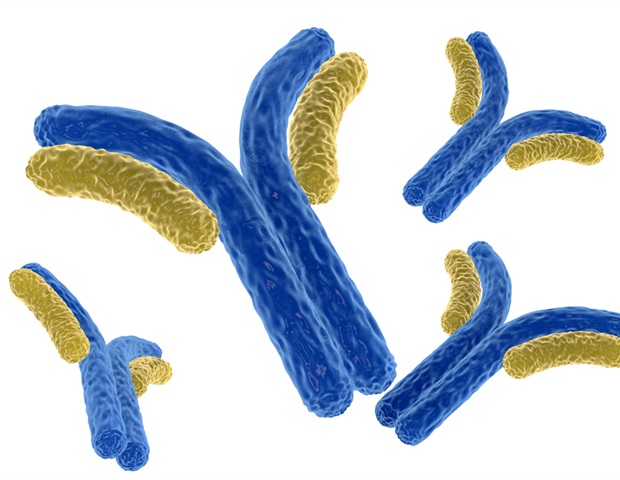 Malaria, a pathogen transmitted into blood by mosquitoes in tropical climates, is typically thought of as a blood and liver infection. However, in a newly published study, researchers at the University of Maryland School of Medicine (UMSOM) have detected antibodies primarily made in response to infections in the mucous membranes -; in such areas as the lungs, intestines, or vagina -; in study participants with malaria.

The researchers say that their unexpected finding provides new insight into how the human body responds to malaria infection and may ultimately help to identify new ways to treat malaria or develop vaccines.

The study was published on September 13 in NPJ Vaccines.

More than 400,000 people die each year of malaria infections, with more than two-thirds of these deaths in children under 5 years old, according to the World Health Organization (WHO). In early October 2021, the WHO recommended widespread use of a new malaria vaccine in children who live in regions with moderate to higher malaria transmission rates, the first human vaccine to be recommended for a parasite infection. While the vaccine would prevent millions of infections and save thousands of lives, the researchers are actively pursuing the next generation of malaria vaccines that may be even more effective.

We’ve made progress in treating and preventing deaths due to malaria infections, but progress has plateaued, and we need new ideas. Not much had been done to study IgA antibodies in malaria infections, because people had not thought that they were important. Yet, because we were not looking for them, we may have missed a whole avenue of research that we can now explore.”

The body’s immune system creates different kinds of antibodies to help clear infections and to prevent reinfection. In an earlier small study, the research team was studying other antibody responses in patients with malaria infection. While they detected the IgM antibody, which appears early in many infections, along with IgG, which is the most abundant antibody, they also found IgA antibodies. Researchers decided to follow up with a new study to examine more samples to confirm what they had observed and to study additional groups of people.

For the new study, the research team looked at antibodies collected from the blood of 54 adult research participants after being infected with malaria in the laboratory -; either through an IV inserted directly into the blood or through mosquito bites. They also examined samples of blood taken from 47 children living in Mali, West Africa, who were enrolled in a malaria vaccine trial and acquired malaria during the study period. Researchers detected high levels of IgA antibodies in the adult participants infected with malaria. In addition, 10 of the children had levels of IgA antibodies similar to those of the adults tested.

“We do not know what triggers the IgA antibodies to develop, but we think it happens early in a malaria infection,” said Dr. Berry. “Some people think that the response might happen when the mosquito injects the parasite into the skin. Interestingly, some of our participants were not bitten by mosquitoes because their malaria infection was delivered intravenously, so there are probably additional triggers for IgA development.”

Now, she said, determining why the children did not universally have high levels of IgA will give researchers more of an understanding of how malaria infections affect the body.

“There are several possible explanations for this difference between the adults and the children,” said Dr. Berry. “Perhaps, children’s immune systems respond differently to the parasite than adults do, or it is possible that IgA antibodies are only created during the first malaria infection.” She explained that in the adult participants, researchers knew that they received their first infection, but whether the children had been previously infected was unknown. The timing of the infection and sample collection was uniform among the adult study participants, but not with the children, because their malaria infections were coincidental during the study.

Dr. Berry said they can now test to see if IgA antibodies prevent malaria parasites from going into the liver or red blood cells. They can also investigate which proteins in malaria these IgA antibodies target and whether they would be good candidates to use in a vaccine.

“Even with medical advances, malaria remains one of the leading causes of death in developing countries,” said E. Albert Reece, MD, PhD, MBA, Executive Vice President for Medical Affairs, UM Baltimore, and the John Z. and Akiko K. Bowers Distinguished Professor, and Dean, UMSOM. “Getting back to basics and exploring unknown fundamental mechanisms behind the body’s response to malaria infection may be the key to revealing new ways to prevent and treat this devastating disease.”

University of Maryland School of Medicine