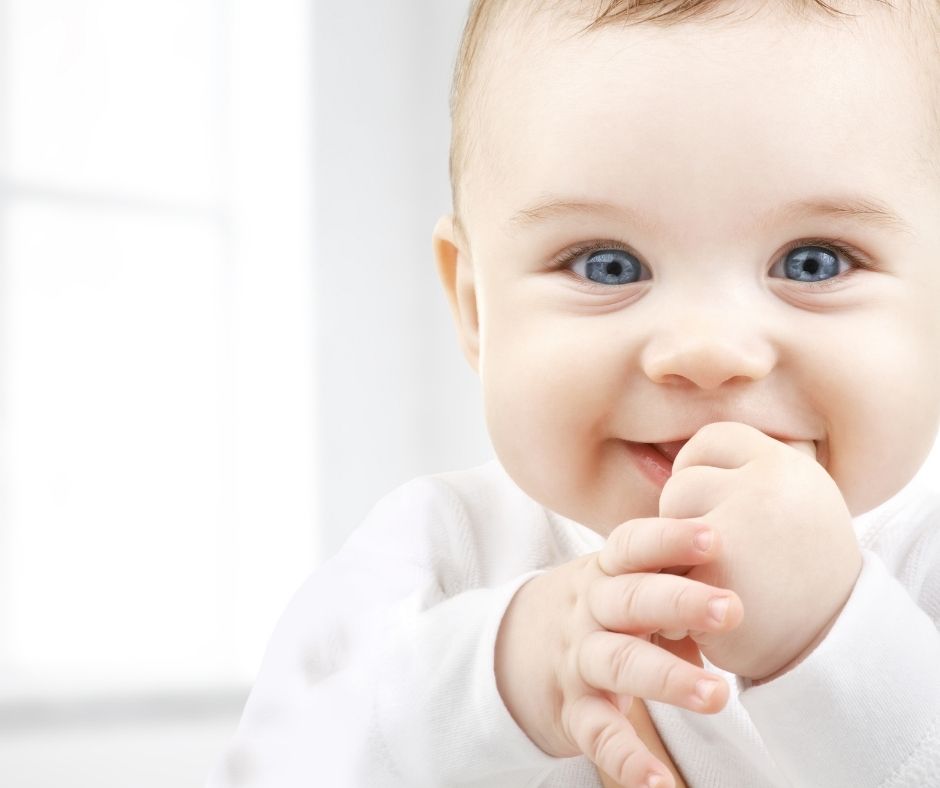 Can you spoil a baby? After all, who else but a baby gets to be picked up, fed, and attended to every time they make a peep of displeasure? It doesn’t quite seem fair, does it?

At the same time, parents feel naturally compelled to respond to baby’s cries. A new baby, especially in the early days, gives adults all sorts of instincts they’ve never had before, such as intentionally waking themselves up just to see if their little one is still snoozing. No other time in life is someone likely to do that.

As new moms and dads, it’s natural to respond when a newborn baby cries, but what about when baby isn’t quite so tiny anymore?

Many parents wonder if they’re creating bad habits by being so continually responsive as their little one gets bigger. Some people even say it’s never too early to start teaching baby more independence.

With so many conflicting opinions, what does science say about whether parents’ responsiveness can spoil baby? Can parents give baby too much attention? Can you spoil a baby by being “too” quick to support them?

Can You Spoil a Baby, According to Science

When it comes to babies and young children, many parenting tips advocate leaving the baby to self soothe from a very young age. Conversely, other experts vehemently affirm that you can never spoil your baby.

Can Spoil a Baby by Holding Them Too Much?

Aside from that, however, being held helps baby feel safe, especially when they cry. Sure, it’s natural to hold a newborn very often starting at birth, but newborns aren’t the only babies who benefit from regular and loving touch.

Indeed, touch can encourage everything from language development (source) to their “social reward, attachment, cognitive, communication, and emotional regulation from infancy and throughout life” (source).

In fact, research shows that baby wearing (putting baby in a secure and soft carrier attached to an adult) directly correlates with forming a secure attachment (source). The correlation is understood to be related to the caregiver’s responsiveness to the baby’s needs. It’s naturally much easier to respond to a baby being worn or held than a baby who’s off in another room.

Secure attachment is what parents want their children to have. In a nutshell, it’s about the child being able to feel physically and emotionally safe with their primary caregivers. We set the stage for that belief starting from birth through our regular interactions with them.

Touch won’t spoil your baby; it’ll help baby form a strong bond with their caregiver. It helps the brain grow exponentially throughout the first year (source). Although toddlers’ and older children’s brains don’t grow quite as quickly as babies’ do, they continue to greatly benefit from touch, as well (source).

In short, a cuddle does not coddle. Snuggling with your baby is healthy and largely beneficial to the parent/child bond.

One caveat is that too much touch for some babies can lead to crying, likely due to overstimulation. Sometimes, a crying baby might benefit from being put down. Trust the child and see what works. Every baby is different.

Short answer to can you spoil a baby by holding them too much: No. Touch is beneficial.

Can You Spoil a Baby as it Relates to Sleep?

Consistently responding to a child, be it when they’re hungry, for diaper changes, or for crying for any reason, doesn’t create a “clingy” baby. To the contrary, consistent responsiveness is a means by which babies develop a secure attachment (source).

Responding to baby day or night will not create a spoiled child. Furthermore, baby cries won’t manipulate you — cries are simply communication to tell you when you’re needed.

As it relates specifically to sleep in the first few months, babies typically wake a lot. Infant sleep is unpredictable. In fact, it’s often healthy for a baby to wake frequently. No one would want a baby to sleep through their own hunger or other needs for safety or support.

Starting from the day they’re born and up until about 7-12 months old, when babies begin to see themselves as being separate from their primary caregiver (source), they may wake up worried that they’re not snuggling alongside what they perceive to be a part of themselves. Young babies literally think they’re a part of their mother. They do not yet realize that they’re their own person.

For a newborn baby, separating from Mom, in particular, can cause them stress (source). The AAP recommends room sharing for a year (source).

Short answer to can you spoil a baby by soothing them at night: No. Responsiveness is beneficial.

Can You Spoil a Baby by Feeding on Demand?

When it comes to baby’s feeding schedule, some people will say that parents should only feed babies when they’re “really crying” or only at set intervals. This is a risky approach (source). Better is to learn baby’s hunger cues and feed the baby before they get upset.

In fact, if baby is hungry and crying, waiting for the “right time” according to a clock rather than the child can backfire — the caregiver may struggle to calm the baby enough to feed them at all. After all, babies are human. Hunger is hunger.

Although it’s certainly more convenient for parents to feed baby on a set schedule (and scheduling may improve maternal mental health), this scheduled approach to feeding later causes children to score lower on standardized tests and have lower IQs than those who are fed on demand (source).

The age at which a child no longer “needs” on-demand feeding varies by child. Caregivers can’t possibly know, for example, when a baby is experiencing a growth spurt and needing more calories than usual.

Deciding whether to breastfeed or formula feed? Here’s what the research says about the feeding type’s correlation to maternal responsiveness: “…links between breastfeeding and greater response to [baby’s] cues in brain regions implicated in maternal-infant bonding and empathy during the early postpartum. Such brain activations may facilitate greater maternal sensitivity as infants enter their social world.” (source)

The best option, regardless of breastfeeding or formula feeding, is to consider trustworthy health information along with your gut instinct about what your baby needs.

Short answer to can you spoil a baby by feeding on demand: No. On-demand feeding is healthy for baby. Do, however, consider the mother’s mental health and do what works best for your family.

Can You Spoil a Baby with Gifts?

Some people worry that they’re spoiling a child with too many gifts.

More than likely, baby won’t be any more intrigued by a fancy musical toy than they would be by a cardboard box.

If someone has a sense that baby has too much “stuff,” it’s fine to scale back, especially on electronic toys. There’s no need to be worried that a child will fall behind in school someday due to lack of knowledge about technology from the time they’re tiny. Humans teach better than screens do (source).

Along with human interaction, safe cloth or wooden toys without any choking hazards are among the best for babies’ development (source).

Short answer to can you spoil a baby with gifts: Not exactly. Mostly, baby won’t be interested. The entire world is new to them.

How WILL Baby Learn to be Independent?

Children learn to be independent two ways: 1) with time, and 2) with a parent who understands that by letting them be dependent and not forcing them away too early, baby can rest in the security of the relationship.

From that security comes confidence, rather than a fear of not knowing when the parent will be responsive and when they won’t. Every time children don’t have to worry whether their parent will “show up” for them physically or emotionally, it reinforces their trust that it’s safe to take risks and grow their independence naturally.

Also, know that babies naturally go through periods of separation anxiety, and need support for different developmental milestones. Can you spoil a baby by responding then?

Showing up for a baby and teaching them that you’re there “rain or shine” will never spoil them. It is, instead, the beginning of a beautiful connection-based relationship.

A phenomenal science-backed book is The Bottom Line for Baby (afflink). An interview with the NYT best-selling author, Tina Payne Bryson, Ph.D., is also available here.

If you need additional support related to “Can You Spoil a Baby” or other parenting-related questions, a good parent coach might be able to help.

Sarah R. Moore is the founder of Dandelion Seeds Positive Parenting. As a certified gentle parenting coach and trainer, she’s a regular contributor to international parenting magazines, as well as frequent guest on podcasts and parenting summits. She offers a popular series of mini-courses, webinars, and FREE expert interviews. She’s currently writing two books that will be released this year. Follow her on Instagram, Facebook, Pinterest, Twitter, and YouTube.