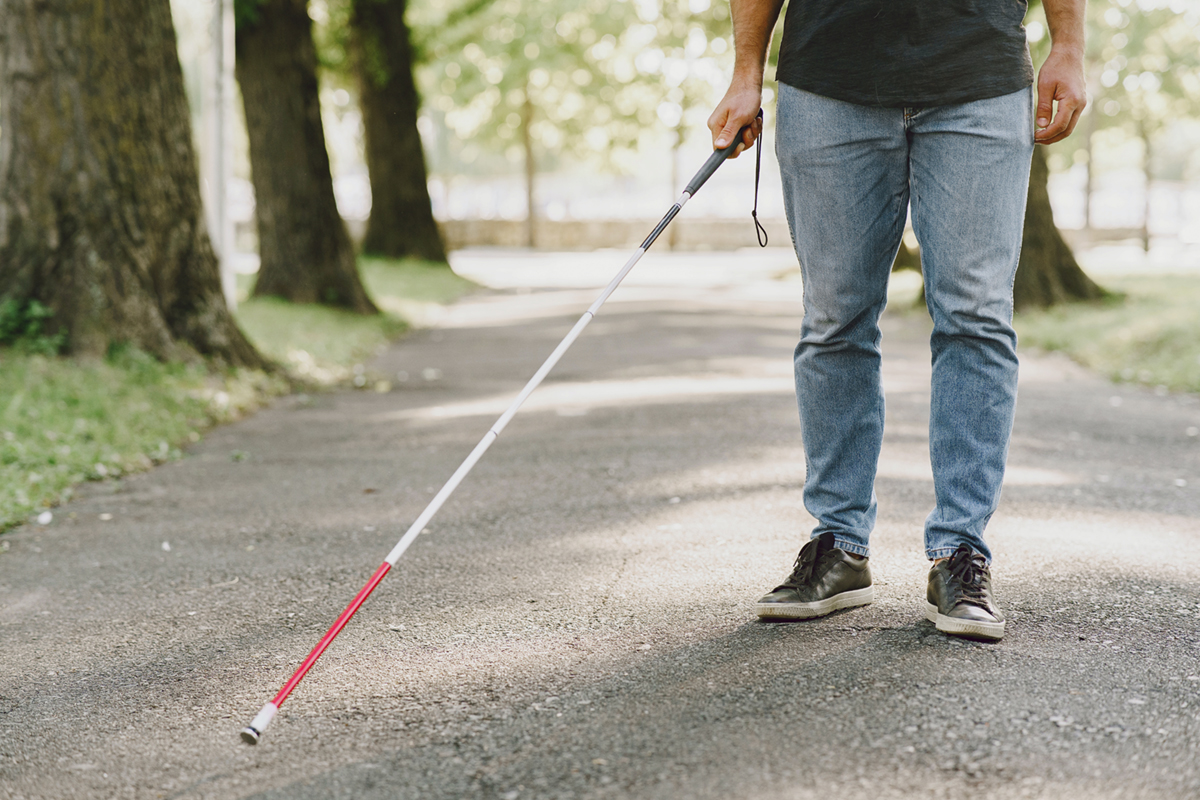 White Cane Awareness Day is the perfect time to teach your children how a white cane helps people who are blind be independent and safe.

“The white cane is a tool for the blind and visually impaired so they can safely and independently get around in their surroundings and explore what is around them,” says Susan Fazio, who works for the Deltona Lakes Elementary School Vision Department.

The goal of White Cane Awareness Day is to celebrate the independence, equality, and accomplishments of blind people. The white cane is a tool that helps blind people reach their goals.

Growing Up With A White Cane

Fifth-grader, 10-year-old Nico Baroni is completely blind with no light perception. He attends a traditional school. Nico received his first cane at age 2 and started learning to use it at age 3.

“The white cane means his independence,” says Crystal Baroni, Nico’s mom. “Once Nico can travel independently, he can live independently. That’s scary as a mom, but that’s what you want.”

Nico lost his eyesight at 6 months old when pressure from neuroblastoma cancer tumors destroyed his optic nerve. Using a white cane is becoming natural for Nico since he started at such a young age, but he continues to work with an orientation and mobility specialist to learn more.

“I can tell you in my opinion, it’s actually very easy to use,” Nico says matter-of-factly. “You put the cane on the opposite side of your step so you can trail the grass or the wall.”

Read More: The Exploration of Play Therapy for Children

To use the cane, he says, you sweep it back and forth about shoulder-width checking for obstacles. The white canes are supposed to be about chest level for most people (chin level for fast walkers). So, Nico is on his fourth cane. “I like to name my canes. The first was Michaelangelo, the second Donatello, and then Raphael (The Teenage Mutant Ninja Turtles). And right now I am on Darth Vader,” Nico says.

“It’s sort of a part of you,” Mom adds that the cane is an extension of his arms and hands.

The white canes are made of metal with plastic tips. Young children learning to use a cane have a rolling ball on the end, as they grow and learn they graduate to a smaller marshmallow-size roller and then a plastic tip, says Crystal Baroni.

The canes fold for easy storage when attending class, a restaurant, or riding a ride at Disney World, which is one of Nico’s favorite things to do.

Nico says the white cane is just a tool for the blind, you still have to be aware of your surroundings by “listening for auditory clues.” Not just moving sounds like cars and people, but objects like air conditioning units that are not going to move out of your way. You have to focus.

“With his cane in hand, Nico is able to find his way around (school) and avoid obstacles. Each morning he walks from parent pick up to his classroom on a particular route. He does this throughout the day heading to the cafeteria from his classroom to special area (music/art/PE), then at the end of the day from his classroom back to parent pick up to his mom’s car,” says Fazio, the braillist at Nico’s school. “With an adult at his side, Nico can navigate stairs, curbs, find cracks in the sidewalk and uneven pavement. He finds his way through doorways, walks into his classroom and finds his table, and unpacks his things. He is an amazing young man.”

As the Florida school’s braillist, Fazio converts all of Nico’s classroom work and tests to braille. She then transcribes all of Nico’s work from braille to print so his classroom teachers can read and grade his work. Braille is a tactile writing system, where letters and numbers are represented by a pattern of raised dots that are felt with the fingertips.

At Nico’s school, they celebrate White Cane Day schoolwide. The Vision Team wears matching shirts. This year the shirts will say, “A Cane Extends My Freedom Beyond My Hand.” The vision team leads activities for students without visual impairment using special goggles to simulate different types of visual impairments.

“The most important aspect of the white cane is to gain Independence. It gives the blind and the visually impaired the ability to achieve a full and independent life,” Fazio says. “It allows them to move freely and safely from place to place — whether it is at school, work, or around our neighborhoods.”

More than a White Cane

“I used to like math, but now I like science better. I like the experiments and the testing,” Nico says. “My favorite authors are Mary Pope Osborne and Ron Roy.”

The entire school knows Nico’s name, because he cannot see, uses a white cane, and is on the TV morning announcements. It’s not bad when everyone knows your name, but it can be overwhelming. Lots of people pass by saying, ‘Hi, Nico.’

“I can recognize like two people’s voices,” he says. “I don’t like when people want me to guess who they are. It’s frustrating.”

Nico and Fazio have a few do’s and don’ts when talking to a blind person.

DO identify yourself: “Hi Nico, this is Mrs. Fazio.” Nico’s biggest pet peeve is not telling him your name when you say, “hi.”

DO speak directly to him, not through someone else.

DO give specific directions like, “Your desk is 5 steps to the right.”

DO use his name when addressing him, otherwise, he won’t know you are speaking to him.

DON’T shout when you speak, he can’t see but has good hearing.

DON’T be afraid to use words like “blind” or “see.” His eyes may not work, but it is still, “Nice to see you.”

If this is your first time learning about White Cane Awareness Day or the benefits of a white cane, Crystal Baroni says, that’s ok. “Not everyone knows until they know,” she says. “I can’t get mad at people. But don’t just stare. Ask questions.”

EPA announces $30,000 grant to TTUHSC El Paso for the Farmworkers Pesticide Use Protection Project
Is there an association between parental education level and the risk of malnutrition among children?
Latino teens are deputized as health educators to sway the unvaccinated
Study evaluates SARS-CoV-2-specific antibody response in human milk
Montana pharmacists may get more power to prescribe