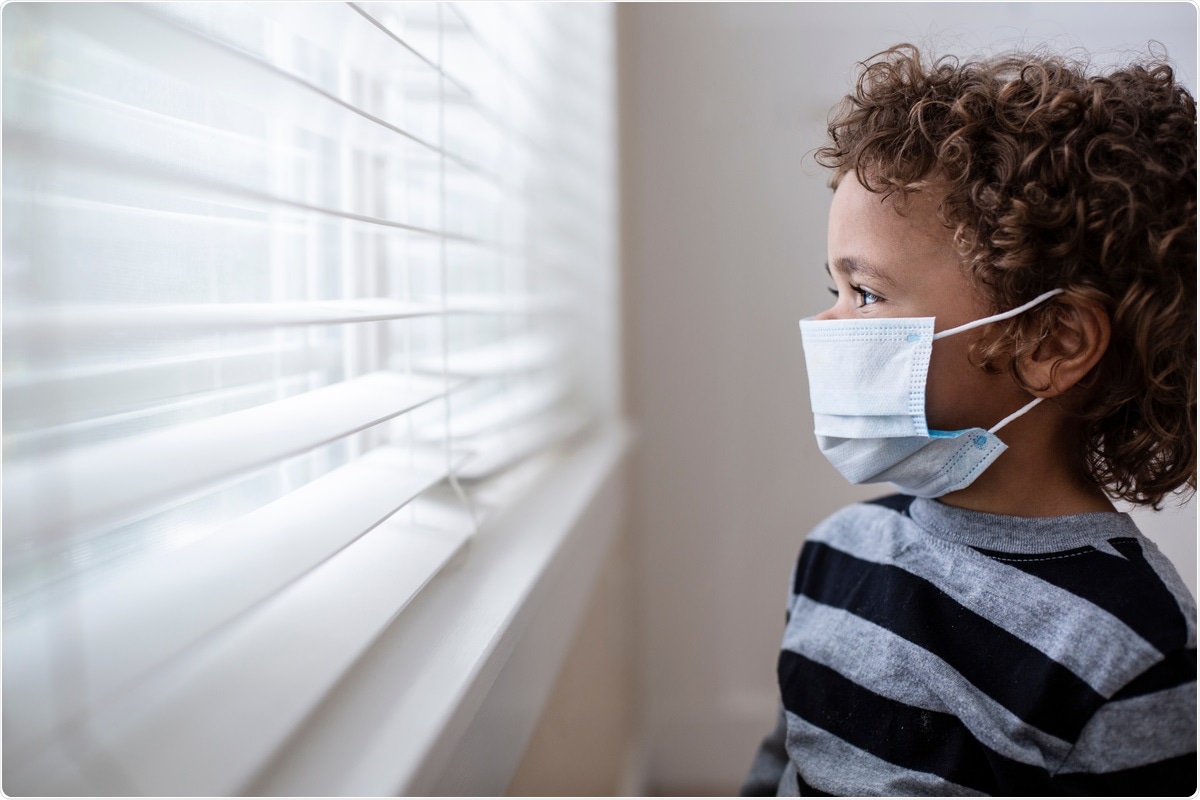 The initial period of the coronavirus disease 2019 (COVID-19) pandemic did not seriously affect children partly due to their relative isolation from sources of infection via school closures. However, the delta variant of the severe acute respiratory syndrome coronavirus 2 (SARS-CoV-2) that is currently spreading has affected children more than that initial period.

A new study in the journal BMC Pediatrics describes the clinical phenotypes and outcomes in a thousand children who developed COVID-19. This led to the identification of risk factors for hospitalization.

Children with SARS-CoV-2 infection show a broad range of clinical presentations, from asymptomatic to a critical or fatal infection. In most cases, respiratory symptoms, fever, and in some cases, diarrhea, fever, and loss of smell, are typical. Some children develop severe inflammatory sequelae involving multiple organ systems, called the multisystem inflammatory syndrome in children (MIS-C).

Since most reports on SARS-CoV-2 infection in children are based on cohorts of hospitalized children, leading to the full spectrum of disease having escaped description. The current report focuses on social and demographic characteristics of the pediatric population, along with the clinical phenotypes, symptom duration, and outcomes in this population.

What did the study show?

The study took place in a large pediatric hospital in the southeast of the USA. The researchers found that the first thousand pediatric patients with SARS-CoV-2 infection were enrolled in hospital records between March 13 and September 28, 2020. Almost two-thirds of these children had close contact with a known infected individual. About one in five had another medical condition. While 80% of tests were in the outpatient setting, the remaining were from the emergency department, with a small fraction being returned after admission.

The median period from symptom onset to testing was two days. More than half the children presented with cough, while 43% had a headache. A little more than one in three had a sore throat, with a similar proportion reporting fever. Younger children had fever and rash more often, but older children more often reported sore throat and muscle pains. In this group, 75% of children had one or more symptoms connected to the respiratory system, two-thirds had a general symptom, and just over a quarter had gut symptoms.

Respiratory symptoms included cough, runny nose, sore throat, or difficulty in breathing. In two-thirds of the respiratory-symptom group, these were accompanied by one or more general symptoms such as headache, muscle pain, anosmia, fatigue, or a rash. A quarter had respiratory symptoms and one gut-related symptom such as nausea/vomiting, diarrhea, and abdominal pain.

About 4% of the patients required hospitalization, the majority (71%) being White. Two-thirds of hospitalized children had another medical condition. Fewer than 1% (eight children) needed intensive care unit (ICU) admission, and two children needed mechanical ventilation. Only one child later developed MIS-C, and there was one death in the whole group, possibly due to the infection.

About 45% of children reported complete recovery at a median of two days from diagnosis. Older children were more likely to have continuing symptoms at this time. Most children (94%) recovered from their symptoms within a month.

At 30 days, there were 28 patients with symptoms like tiredness, fatigue, and reduced smell sensation. There were no instances of long COVID-19 in this cohort.

The study demonstrated that most children with SARS-CoV-2 infection had favorable outcomes, did not require hospitalization, and often recovered within two days of diagnosis. The reason for this difference in the severity of clinical phenotype between adults and children is unknown. The increased expression of the host cofactor TMPRSS2 in lung cells with age may be one explanation.

Despite the lower susceptibility to infection and severe disease, it remains true that three million children have been infected in the USA so far. Hispanic children, and those with infected siblings, are at higher risk. Such considerations may drive mitigation strategies.

The mildness of infection in this age group means that the extent to which children drive household transmission is not yet established. The impact of school closures on the viral spread from children to adults may thus not be as effective as envisaged.

The risk factors for hospitalization differ between children and adults. In the latter, being male, older, and obese increases the risk of severe COVID-19. However, obesity and male sex were not found to be risk factors for hospitalization in children. Hispanic or Black ethnicity, vomiting, having another medical condition or presenting with dyspnea predicted a higher risk of severe disease.

Financial coaching for parents in pediatric primary care reduces missed well-child care visit rates
The safety and tolerability of Remdesivir in children affected by COVID-19
15 Ways To Discipline A Toddler Without Hitting Or Yelling
Dravet Syndrome In Babies: Causes, Symptoms And Treatment
Study: COVID-19 is a significant cause of death in children and young people in the U.S.